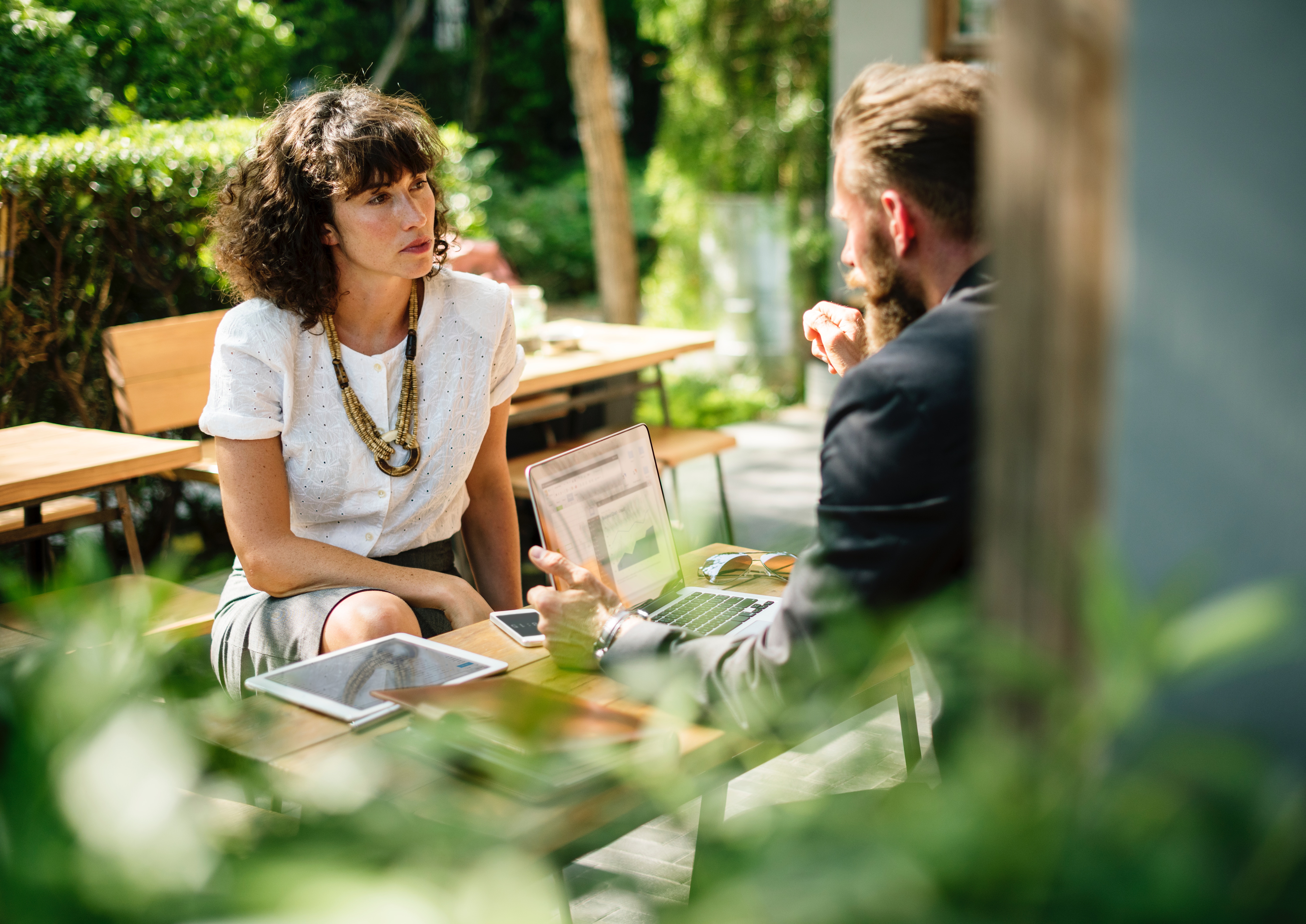 How to interview (much) better with emotional intelligence

Over the last 5 years, I’ve had the pleasure of mentoring more than 100 aspiring marketers and students. We work through anything from finding the right job to excelling at the job. But there’s one thing that has consistently puzzled me, that is hard to explain in words. It’s embodied by those who look perfect on paper, but who fall flat when you meet them in-person. Those who seem eager and passionate, but you can’t bear talking to them for more than 5 minutes IRL. Those mentees of mine who do everything right, but still can’t convince someone to hire them. So what’s the issue?

I’ve seen countless promising candidates come through my company’s doors, with eloquent cover letters and glowing resumes. After the interview process, they are passed on for the reasons of “poor culture fit”, “awkward”, or something of the sort. What does that even mean? The dirty little secret is that even recruiters and hiring managers have a hard time articulating more details behind their reasoning.

Through my experience, there’s one element that’s consistently been a game-changing factor in hiring decisions. One invisible force that has the ability to catapult someone’s candidacy past everyone else, including those more practically qualified. That thing is Emotional Intelligence (hereafter I’ll refer to the Emotional Quotient (EQ), which is the measure of EI).

Before the interview, the employer has little way of knowing who you are as a social being. If the job application (resume and cover letter) is meant to filter for hard skills and experiences, the interview is meant to dive deeper at hard skills while testing for soft skills. Said another way, interviews are the main avenue for a potential employer to judge your ability to do the job, both reasonably and socially. Most companies don’t want someone who is hyper-intelligent or hard working, but can’t mesh well within the team. In fact, most marketing jobs favour those who work really well with people over anything else. Those with high EQ are able to read a situation and react in a way that propels the interaction forward, resulting in a positive experience for both parties.

No doubt, you’re probably already familiar with EQ and have read articles or books on how it’s surpassing IQ in predicting success. So rather than convincing you of its importance, I’ll discuss 5 traits of those with high EQ, and what you can learn from them.

A hallmark of high EQ is acute awareness of your own emotions. After all, if you don’t even know what’s happening, it’s hard to behave appropriately. Some people are literally born with it, this internal sensor for feelings. But if you are not so lucky, take the first step to increased self-awareness by asking questions. Seek the help of friends, family, co-workers or bosses, on blind spots you may have that work against you.

For example, maybe a past manager points out that when you’re asked a tough question you didn’t prepare for, your knee-jerk reaction is just to start talking. Find consistent themes or patterns from the feedback and reflect on past examples that might support this feedback. Perhaps in a particularly memorable interview, you were asked to identify a weakness and your rambling led to an onslaught of 5 different weaknesses that did you more harm than good. Solicit mentorship or advice from people you think are fantastic at your opportunity areas. Maybe you know someone who is extremely skilled at tackling tough questions? Heck, go study videos of politicians who do this for a living!

Then, as you would do with any typical interview preparation, practice. Practice for certain scenarios that you’ve known to trip you up in the past – something as small as the bit of small talk while walking with the interviewer to the room. This somewhat methodical approach will help raise your self-awareness until it becomes second nature.

Good communication relies as heavily on verbal speech as it does on non-verbal cues. Knowing how to proverbially “read the room” is crucial to creating a great dynamic. Throughout your interaction with an interviewer, try noticing what their body language or facial expression looks like. Do they appear closed off, angling their body in another direction? Are you both maintaining good eye contact? Do they appear at ease and relaxed, or tense and nervous? From what you can observe, tailor your approach. Smile and open up your own body language to a disengaged interviewer. Vary your intonation if the interviewer looks bored. Your goal is for the interviewer to leave the room feeling like the experience was net positive, despite what you actually said or did. I’ll hit a new level of basic by inserting a very relevant quote here:

3. They listen and build.

Interviews are conversations, which are dialogues. Too many people forget that, resulting in a dynamic that never takes off from a shallow level of question, answer, question, answer. That’s neither comfortable nor exciting for both parties. Rather than simply answering questions you’re asked, try to engage in a two-way dialogue. That starts the moment you are greeted at reception, and ends only when you leave the building. Most importantly, listen to what the other person is saying and build upon what they have said.

For example, at the end of an interview, when you are asked if you have any questions, most candidates come with a laundry list of questions they’ve generated that demonstrate how much research they’ve done on the interviewer or the company. After an answer, they jump to the next question, which is often completely unrelated to the last. You can see how this would make the conversation artificial and unpleasant! Actively listen to what the other person saying, absorb the content, and ask follow up questions or make comments that show you understand and care about what they have to say. Also, please don’t cut people off before they finish. Fantastic in-depth content on how to have a great conversation (by being a better listener) here.

4. They have a genuinely positive attitude.

You might be at the top of your class, VP in 5 student clubs, AND a varsity athlete, but today in this interview, you are the interviewee. There is nothing more off-putting than a candidate who comes in acting like s/he’s running the show. Understand that your role is to impress the employer, but not to do so in a way that leaves a bad taste in their mouth. If in doubt, always err on the side of humility and curiosity. If you think you are being positive, but are still receiving feedback otherwise, try this tip: pair an accomplishment with the feeling it gave you (i.e. instead of “I killed it in this project and got an A+”, say something like “I was so excited to have done well on that project, because we went above and beyond the task, and it resulted in an A+”). Not only are you adding more details on how you achieved success, it also flips the sentiment from potentially boastful to genuine pride.

5. They mirror the environment.

In an interview setting, try to mirror the atmosphere in the room created by the interviewer. Does the interviewer seem laid back and open to light humour? If so, try injecting some laughter and lighthearted jokes where appropriate, and perhaps take more liberties with talking about personal passion points or interests. But if the interviewer seems ‘old school’ or has their best poker face on, try highlighting the impressive parts of your candidacy to establish credibility first before you divulge your borderline obsession of cats.

3 thoughts on “How to interview (much) better with emotional intelligence”